The exhibition was held at the Leopoldo Gotuzzo Art Museum - MALG, in Pelotas, RS, Brazil, curated by Lauer dos Santos, from September 19 to October 20, 2019. This cut out showed the artist's production built through her itineraries between the worlds she visited internally and geographically, revealing through the brushstrokes the free use of the painting materials and her expression.

Malg presents the exhibition by the researcher, teacher and restorer Lenora Rosenfield. Her work is built through the marks of her itineraries. The vigorous materiality, strong and expressive brushstrokes, the recurrent references to the body and the human figure resides the allusion to the history of painting reveals how her choices, her formation and her destinations reverberate in her production and are updated in their context. Born in Porto Alegre, she studied painting at the New School for Social Research (New York / USA), graduated in drawing at Feevale (Novo Hamburgo / RS), studied restoration at the Istituto per l'Arte e il Restauro and at Gabinetto G. P. Vieusseux (Florence / Italy), did a master's degree in Visual Art at UFRGS (Porto Alegre / RS), doctorate at USP (São Paulo / SP), with complementary studies at New York University, and post-doctorate at Università degli Studi di Udine (Italiy). She worked as a restorer and also as professor of painting at UFRGS until 2017.
This exhibition shows her transit through techniques and materials - acrylic on canvas, acrylic on paper, gouache on paper, synthetic fresco on nonwoven textile - which is one of hers determining characteristics, concretize some recurring themes: portraits, self-portrait and the body as a measure and movement that unfolds on maps. The artist's entire narrative seems to point to the convergence of times and spaces sewn through her paths and by the different destinations adopted throughout her career and training.

Amid this fluidity and transience, one of the constant aspects of Lenora Rosenfield's work is the marked brushstroke that highlights the connection with the painting tradition of Rio Grande do Sul, her place of origin, following the directions traced by Iberê Camargo through the expressionist trait that alludes to emotion and the unconscious, so present in many artists that emerged in the 1980s - a period in which the artist's production reached more defined directions.
There are variations, of course. Some arising from the very nature of the materials and techniques used, others arising from their own choices at different times, such as the more abusive or economical use of color, for example. “Self-portrait lll” is one of the works presented in this exhibition in which, through a colorful and gestural representation, the artist presents herself in her craft constructed, through spontaneous brushstroke, an en abyme self-portrait that seems to confirm her interest in tradition and craft of painting

The body as a measure and as a movement is presented in “Dorsum” and my "Own flesh” works in which the presence of technique and material - synthetic fresco on nonwoven - imposes itself on the use of color and brushstrokes, which become noticeably more discreet in these works. In the series of untitled gouaches, the black and watery strokes regain their vigor in immersed and reflective figures.
In the most recent series of works it is possible to identify a kind of synthesis and fusion of several characteristics presented in previous movements. The series "Movement", "Fall" and "Flying" depart from representations of the body and dance movements in spaces towards a simplification and abstraction of the form that evokes maps and archipelagos seen from above. The artist's interest in grid itself and the grid, associated with modular paintings in small formats, sets up sets that integrate with the architectural space without losing sight of the uniqueness of each modular work in sets of images that, reverberate the all the artistas world that Lenora Rosenfield shares with us through her poetic work. 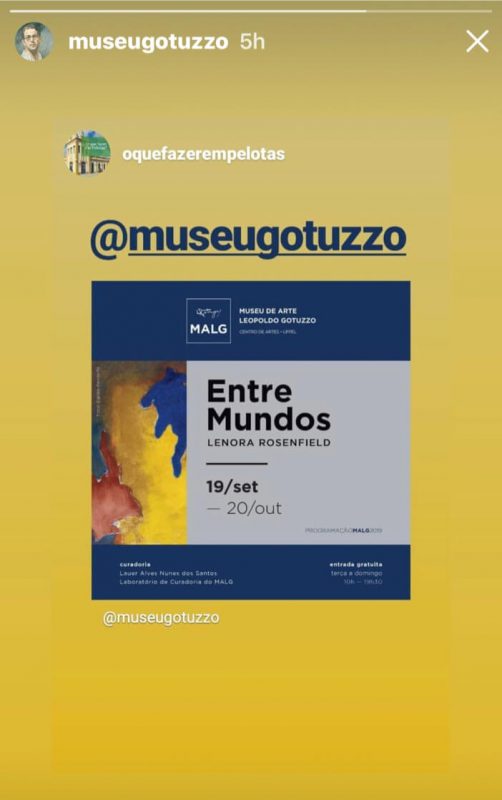 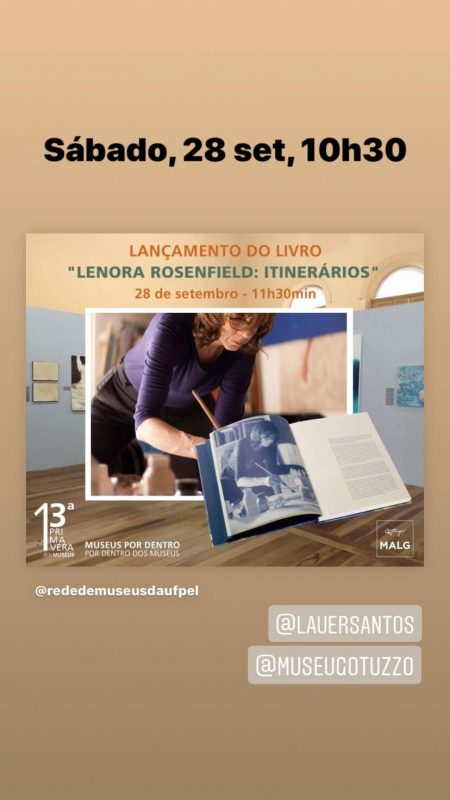